ABA —
The American Bar Association (ABA) is a nationwide organization to which qualified attorneys voluntarily belong. With over 400,000 members the ABA is the largest voluntary professional organization in the world.

The American Bar Association was founded in 1878 to improve Legal Education, to set requirements to be satisfied to gain admittance to the bar, and to facilitate the exchange of ideas and information among its members. Over the years, the ABA has been largely responsible for the further development of American Jurisprudence, the establishment of formal education requirements for persons seeking to become attorneys, the formulation of ethical principles that govern the Practice of Law, and the creation of the American Law Institute (ALI) and the Conference of Commissioners on Uniform State Laws, which advance the fair administration of justice through encouraging uniformity of statutes and judicial decisions whenever practicable. In recent years, the ABA has been prominently involved in the recommendation and selection of candidates for the federal judiciary, the accreditation of law schools, and the refinement of rules of legal and judicial ethics.

ETS —
Educational Testing Service, a US-based non-profit organization widely known for producing standardized exams such as the TOEFL, which is a common requirement for non-native English-speaking applicants to law schools in the United States and abroad.

FAFSA —
Free Application for Federal Student Aid is a form submitted by students of US universities who are seeking financial aid from the US government. The FAFSA form is designed to ascertain a student’s Expected Family Contribution (EFC), a figure that determines which need-based government grants and subsidized loans a student can apply for.

JD —
Abbreviation for the Latin term Juris Doctor, used in the United States to refer to professional law degree that the vast majority of LL.M students acquire before embarking on their LL.M. degree. Although it is mostly considered to be a postgraduate degree — completed after undergraduate studies — it is not actually a doctorate degree as the name might suggest.

Joint Degree / Dual Degree Program –
Many law schools offer joint degrees programs. In these programs one can pursue two degrees at the same time. Common dual degree programmes include those leading to a combined J.D. / LL.M., or a joint Master’s degree program, such as a combined LL.M. / MBA.

LLB —
Refers to Bachelor of Laws, the term used throughout much of the English-speaking world (though not the United States, where the term Juris Doctor is broadly used) to refer to the academic degree leading to professional practice in law. The LL.B is most often a three-year degree pursued after the completion of an undergraduate / bachelor’s degree. Possession of an LL.B. or J.D. degree is a requirement for candidacy for the bar association or law society, and often for participation in an LL.M. program.

LSDAS —
The Law School Data Assembly Service (LSDAS) is operated by the LSAC. The LSDAS collects application material (including test scores, undergraduate transcripts, essays, and letters of recommendation) from law school applicants. The LSAC then compiles this information into reports, which it sends directly to law schools on behalf of the applicant. Some law schools in the United States require that applicants use this paid service. The LSAC also provides an LL.M. Credential Assembly Service for international students intending to apply for LL.M. programs in the United States.

LSAT —
Otherwise known as the Law School Admissions Test, the LSAT is a standarized exam the results of which are required for admission into most law schools in North America. LSAT results are currently only required from applicants to J.D. programs, and generally not from applicants to LL.M. programs who have already completed their first law degree. See our page here https://www.legalenglish.com/llm/lsat.php for more information.

TOEFL —
This is the Test of English as a Foreign Language. The TOEFL is a standardized examination of English-language proficiency that non-native English-speaking applicants must often take before acceptance to English-speaking universities. The test is administered by the Educational Testing Service. Each law school has their own Toefl score that they require. Contact the law school information directly and ask what score is required for that particular school. 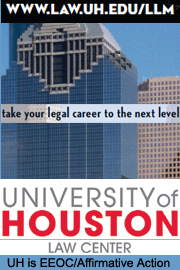 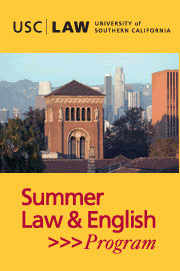 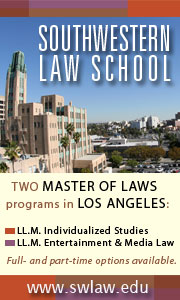 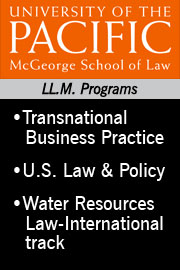